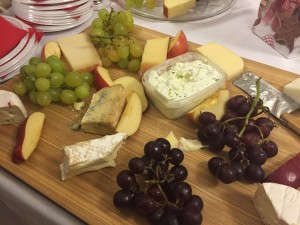 Our member meeting was held on January 12, 2015 and we had a full agenda to cover. We had previously nominated our volunteer committee members for the 2016 roles and responsibilities and elected the following:

Our outgoing Chairwoman gave a sincere and warm welcome to our new Chair and thanked all of the members for her experience as our Founder of the IWI Basel Group. We can’t thank our Founder enough for her dedication, commitment and time for her enormous efforts to bring us together last year while we figured it out, made the best of it and came into the new year with over 50 members and several new friends in the process. A gift was presented to her and a toast for 2016 was made for all of us and the new committee volunteers.

The treasurer reviewed the 2015 expenses and balances and gave us grand totals for our charity donations. Well done IWI! As with last year, the IWI Bake Offs will be our main charity events in 2016. Raising cash for local charity organisations, Frauenhaus, Soup n Chill and Surprise Strassenchor were our best achievements. This year however we are also open to other charity endeavours our members may be interested in supporting. The events committee have discussed having collection points at the monthly meetings for different groups.

While sipping cocktails and nibbling grapes, cheese and crackers, we discussed the February agenda. What a busy month it’s going to be!

We have events planned for February as following: a movie and after-movie drinks on the 5th, pre-show drinks before a show on Friday the 12th, Fondue and Fire on Saturday the 13th,  a group walk planned for Wednesday the 17th, a coffee morning on Tuesday the 23rd, and a Crafty Cafe night on Thursday the 25th. And we are planning March activities too!

If that isn’t enough to keep you entertained, Basel Activities has the following events planned:February

Founded in 2015, as a place for women in Basel, Switzerland and the surrounding areas including the close by areas of France and Germany to make new friends, discover unknown talents and raise money for charities. View all posts by IWI Basel